Whether you want to make extra money by participating in paid surveys or just like to give you opinion on products and services you use everyday, it’s a good idea to learn about market research, why and how it came about, your role and the benefit it provides, before you ever get involved with online surveys for money.

So, let’s learn what market research is.

The Start of Marketing and Public Opinion Research

The United States Census of 1790 was documented as the first ever official survey commissioned in the US.

Since then, there have been cases of isolated research and surveys until the early 1900s. But the breakthrough of this specialized field of study emerged only after the end of World War II.

At the beginning of the 20th century, demands pretty much outstripped supplies. Goods from manufacturers moved easily in the market and got consumed in short time.

Naturally, the idea of “marketing” was really a foreign concept. Manufacturers introduced mass production into their factories, and consumers just had to make do with whatever products being churned out from the production floor. Usually these products offered little variety in term of appearance, color or even functionality.

This had to come to change soon.

The technology advancement after the Great Depression, and more significantly the World War II, was mind boggling. The manufacturing capacity had been greatly enhanced, and consumers for the first time ever felt that there were now real choices. Due to the greater variety (not just in the context of size, but also performance) in the market, manufactures then realized that they needed to “market” their products well so as to sell their products better.

It was an era that marks the birth of marketing research.

It was the time when consumers’ preferences and choices started to dictate what goes on inside the manufacturing plants.

Today, government agencies, business organizations, and academic institutions are funding the collation and analysis of public feedback. The subject areas could be straight economy, or social-politics, but very likely be a combination of both.

These sponsors want to know what goes on inside the minds of the population, so that they can design effective strategies and programs to cater to our needs.

Our opinions are obviously important, and surveys are the toolsets that collect our opinions.

The starting point is to find a representative sample of the target market.

Next structured questionnaires are designed carefully so as to guide the interview process.

A variety of parameters can be covered, they include preferences, needs or attitudes.

It is important to note that in any given survey, there is no right or wrong answer. What is important is what the participants think about the questions being presented.

How are surveys conducted?

There is no fix way. But with the proliferation of Internet, online interview is obviously the most popular one. Other means of interview include phone and e-mail.

At the same time, there is the so-called in person interview. These can be situations where the surveyor or researcher deems it important to let the participants see something physical.

Such in-person interviews are generally conducted door-to-door or in shopping centers, or simply at locations where their high concentration of human traffic. Sometimes, respondents are grouped together either at the research company’s office or somewhere to facilitate the interview. This is called focus group.

Any example of products and services developed with the help of market research studies?

Short answer is almost everything under the sun. Some believe that marketing research is the single biggest factor leading to Americans having the highest standard of living on the planet.

Manufacturers use the survey results to improvise. Breakable glass no longer fills our bathroom as the public demands non-breakable plastic. Drug makers include warning labels on their products because the public desire for protection.

Brands and retailers decide on their locations because the public has demonstrated where they are likely to congregate.

The application of this knowledge is endless. Chances are that our most favorite products have benefited from marketing research.

Apart from the commercial aspect, public opinion research also has a hand in deciding what makes the best mass transit systems, what community services are in short supplies, what special needs children require, and how to take care of the elderly optimally.

Why do some surveys ask seemingly stupid questions?

To ensure consistency and usability, all questions must be presented in identical fashion to everybody being asked. Invariably, this creates a situation where certain questions appear to be highly relevant at times, and simply irreverent next. And these patterns tend to replicate themselves across individuals.

While this may not make a lot of sense to average layman, how the respondents respond to individual questions are extremely important to the research company.

How can opinions of a few survey participant represent everyone’s?

If the sample is carefully selected, then it could be a good representation of the wider population. In fact, the practice is fairly commonplace.

We know the U.S. Census Bureau only interview a small sampling of its citizens. Of course, we also know that the findings are factored into the whole census as researchers make the necessary adjustments.

The other known benefits of small samples are that they are more economical, and from research point of view, it is easier to incorporate some control mechanism to contain errors.

Undoubtedly, a carefully chosen sample has proven many times over to be a capable representation of the whole. Case in point, a blood sample is all that is required for a doctor to come to an accurate diagnosis, he doesn’t need all the blood in the body.

How are name selected for a sample of research interviews?

Invariably, “names” play no part in the process of sampling. In an online or phone interview, the subjects of interest are e-mail addresses and phone numbers, and the selection is entirely random.

In the case of door-to-door interviews, the zip codes are carefully selected so that it could give the correct representation of any particular area.

Why survey sites ask for my name, address and other personal information?

For example, soft drinks, which obviously has a bigger appeal to younger generations than older folks. So naturally the interviewers will be more tempted to find out about the age group of the sample.

This same logic can be extended to other products and services, which is why questions like highest education level or household income is being asked.

The responses to the interview are never meant to be treated in singular fashion. Rather, the responses are aggregated across the sample.

Responsible research companies will take the trouble to destroy the questionnaires once the study is done. If further breakdown of the results it required, they make sure that information like names and addresses are appropriately removed.

If the questions on name or address would only surface right at the end of the session, the objective can be completely different. It could be the client who requested the interview may want to send out a product to the participants for testing purpose, or it may be part of the protocol that allows a supervisor from the interviewing company to confirm the interview was conducted properly and adequately.

Regardless of the reasons, all personal records would have to be discarded once the original purpose is served.

The industry practice is to protect all respondents and any other identifying information. According to CASRO’s Code of Standards for Survey Research, which all CASRO (Council of American Survey Research Organizations) members must be in compliant with, all survey research companies must not reveal the identities of respondents, and they should erect a China wall between the individuals and their responses. 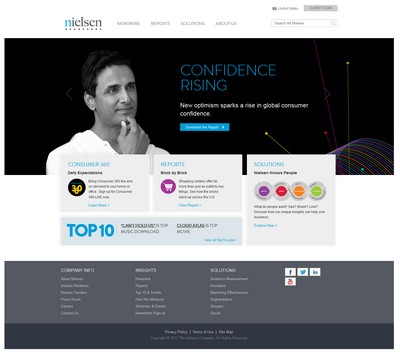 Who Are the “Research Companies”?

Tests in the US alone, it is estimated that there are a couple of thousands research companies — with at least one in every major or city.

Majority of them are fairly small outfits, perhaps staffed by two or more researchers. They can generally be classified into categories. The first type provides data collection or interview services. Such companies are pretty much preoccupied with planning and organizing interview sessions.

The other type is those providing full service research companies. They undertake fairly comprehensive responsibilities; from framing the questionnaire, interpreting the responses, collating and compiling the results, and presenting the insights to the sponsors.

While some in the category 2 may also take up interviewing services, most are happy to delegate this job to data collectors in category 1. Public opinion research does not just interest commercial setups, governments, charities and academic institutions are all known to conduct frequent surveys.

Do research companies sell anything?

Nope. The primary interest is to gain aggregated insights on the attitudes, opinions, market practices, etc. of the sampling being collected.

Out of goodwill, some survey research companies (such as My Survey) do offer a gift at the end of survey as a token of appreciation for your time and effort. Such gifts take many forms, be it a nominal monetary reward, a sample, or a donation to a charity. But this should never be construed as sales solicitation, as this is barred in legitimate and professional context

What do you do when a “research company” calls you on the telephone and tries to sell you something?

Such companies obviously don’t play by the rules. While there is nothing wrong to sell over telephone, doing so on the pretext of “conducting” a survey is definitely unethical. Any self respecting survey research company just doesn’t do that.

Thankfully, there is a way to stop such trick. Companies that engage in this underhand tactic often will identify themselves only after a deal is struck.

If you are suspicious of the nature of the survey, ask point blank who the research company is. When the company tries to fudge the question, terminate the interview.

Legit research companies make clear of whom they are right before the interview gets underway.

Once you get a name:

Carry on only if these questions are dealt with satisfactorily. If otherwise, call CASRO, the Better Business Bureau, and/or the Federal Trade Commission (FTC).

Market research has become the critical element in life to carry our society forward. Your inputs would be helpful to bring about improvement, since it results in better products and services for you and your neighborhood and society.

Businesses aside, government agencies will also become more aware of our needs and wants through public opinion research, which can only be good for the betterment of our society and country.

Above all that, today’s web-based or online surveys provide a great opportunity for most people to earn a little extra money by participating in such studies and that, in today’s economy, with millions of people out of job and struggling to make ends meet, is great news for so many people.